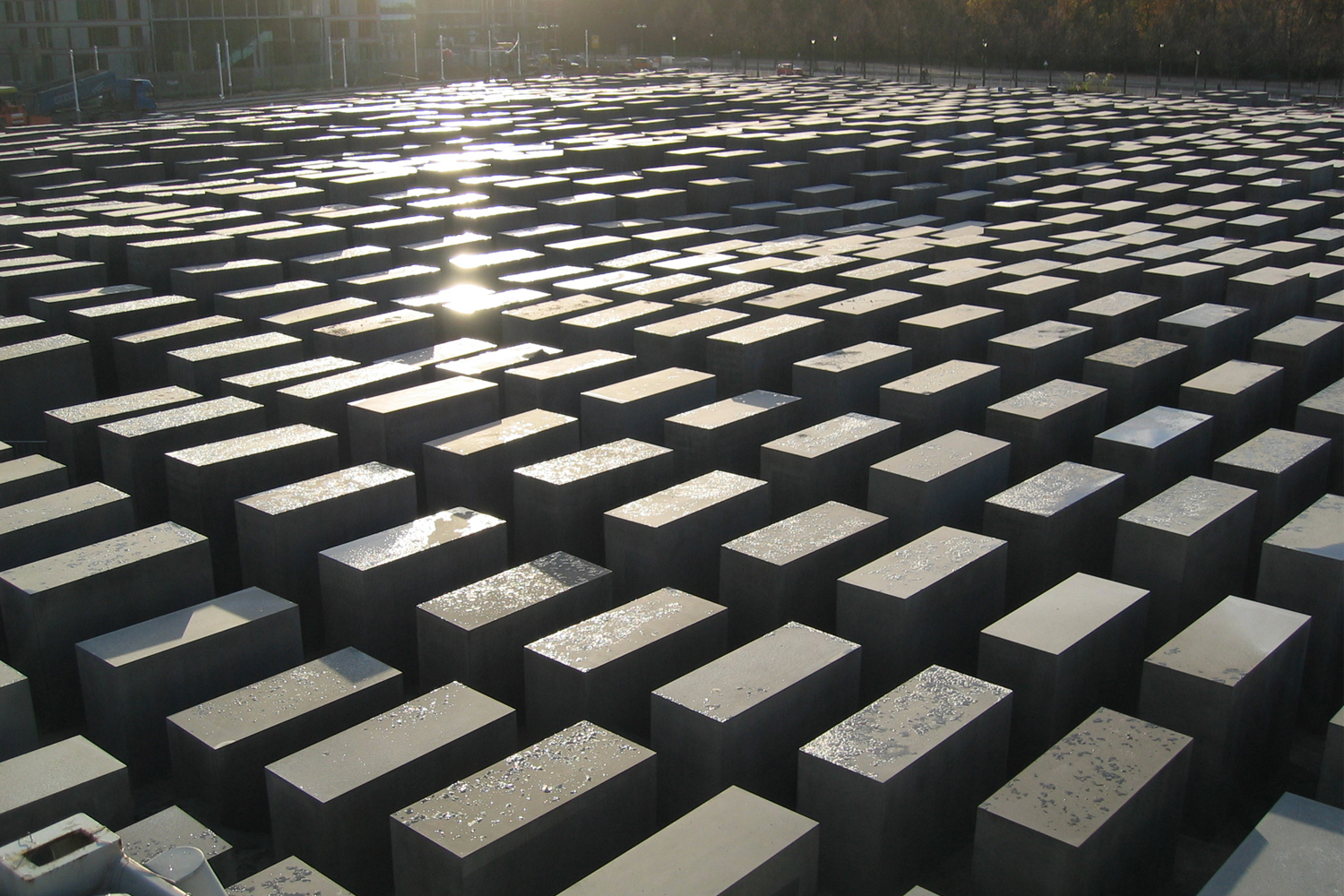 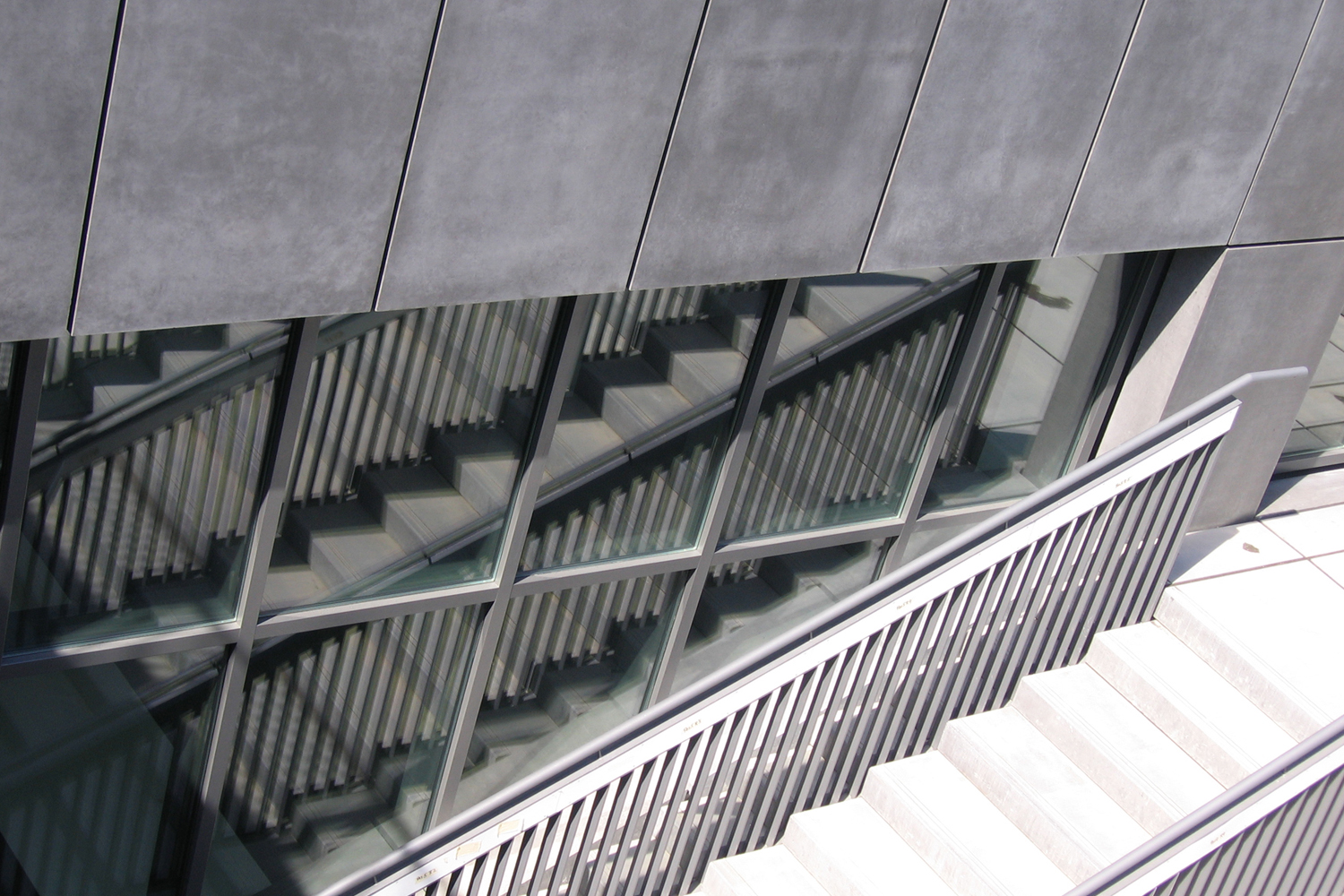 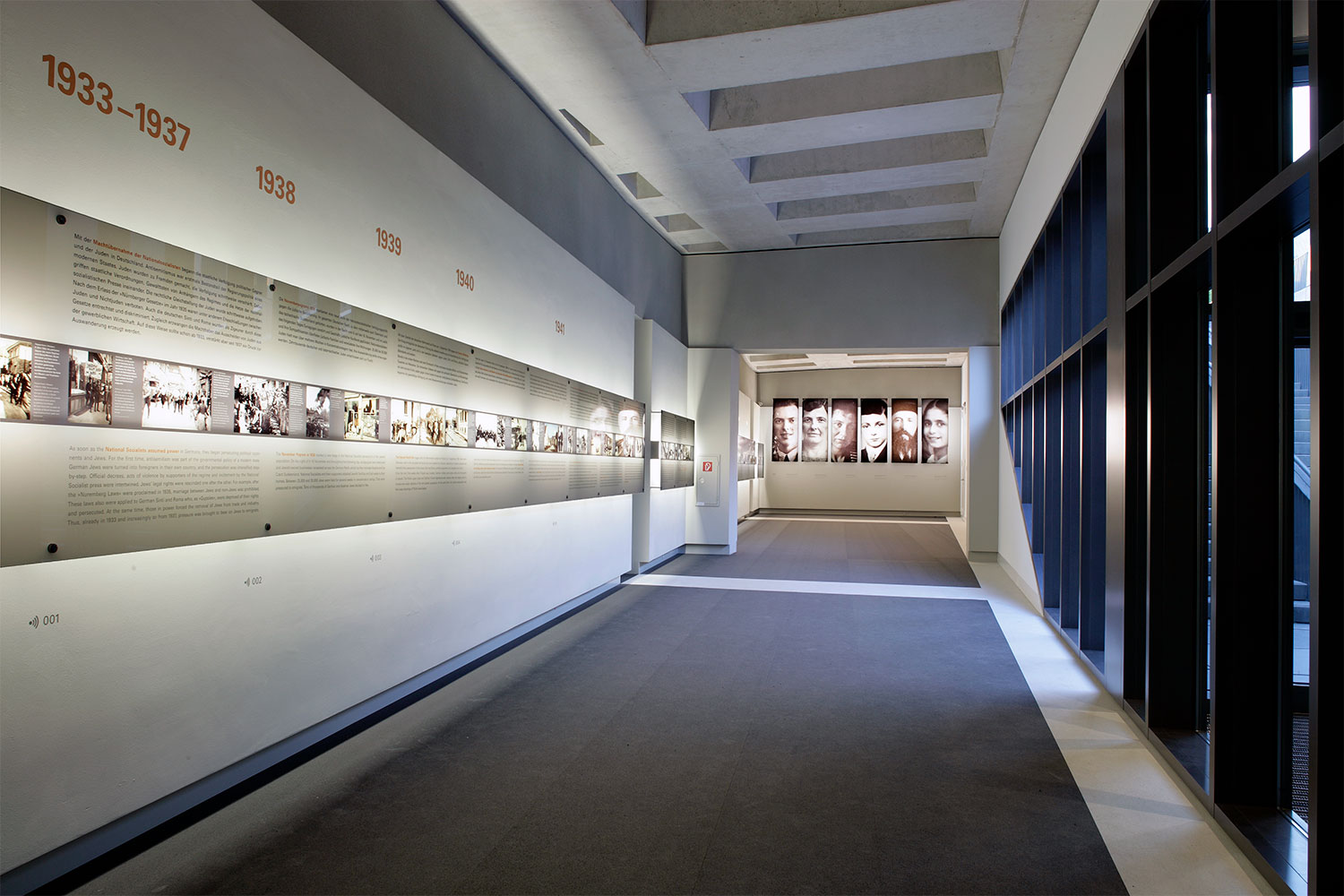 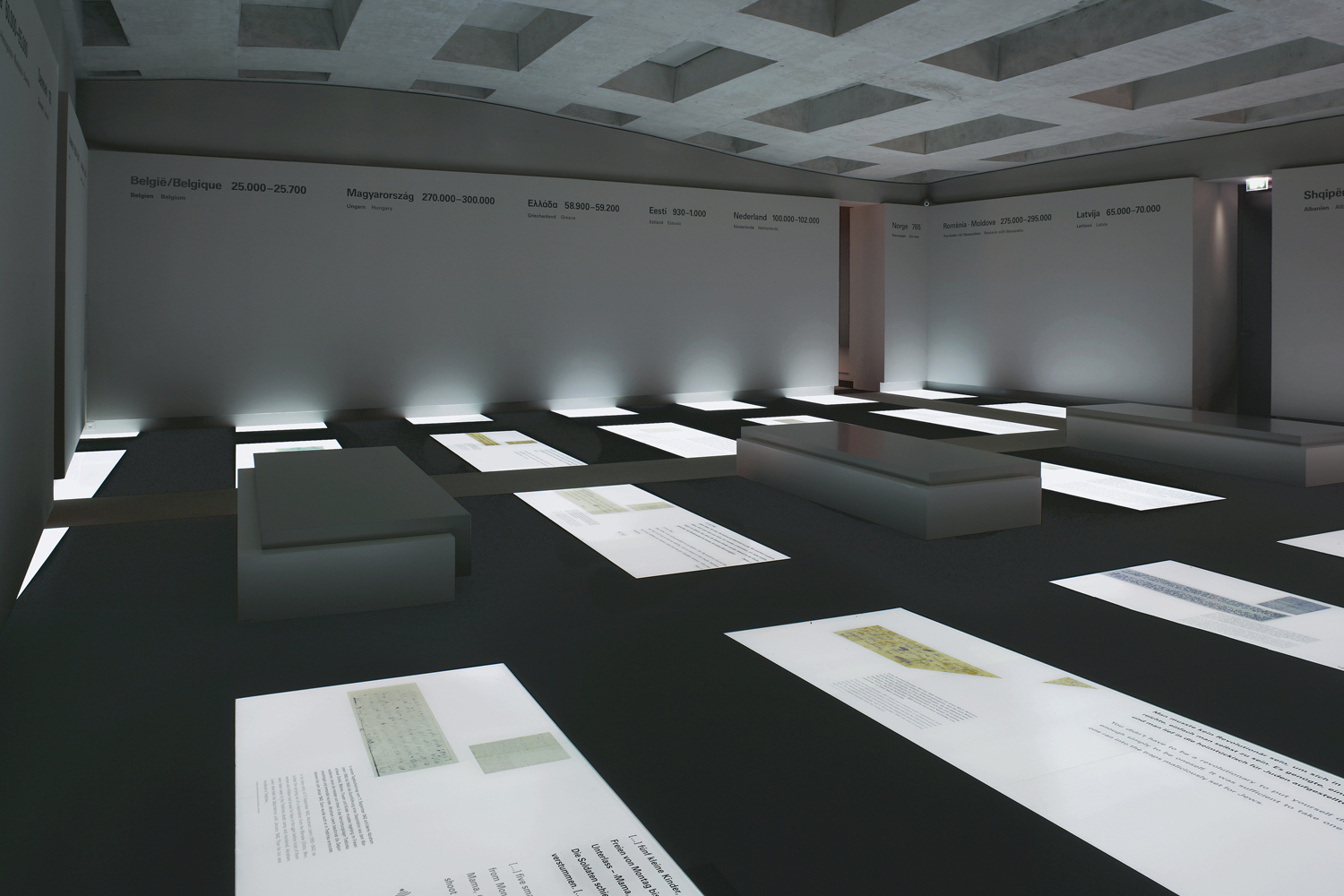 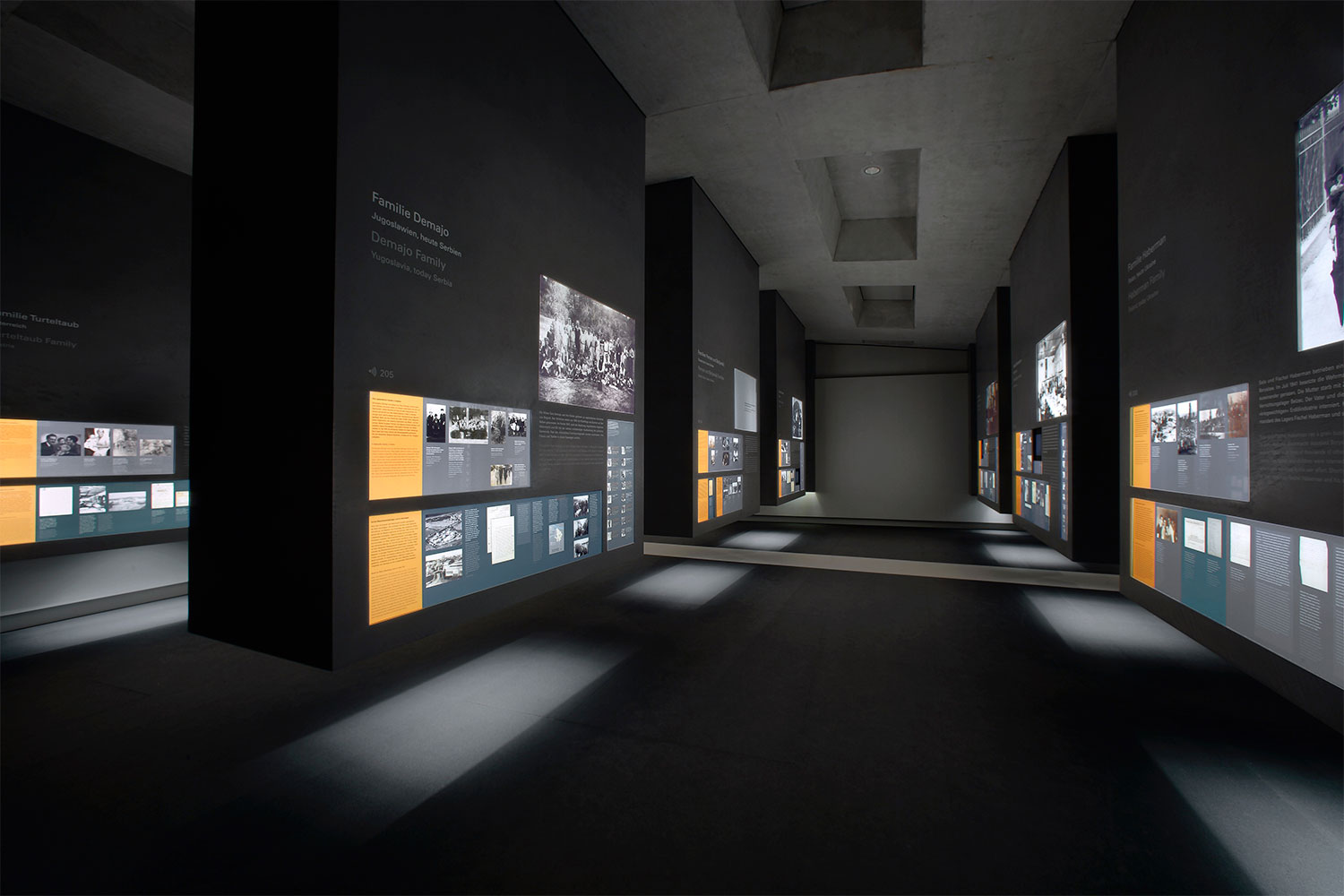 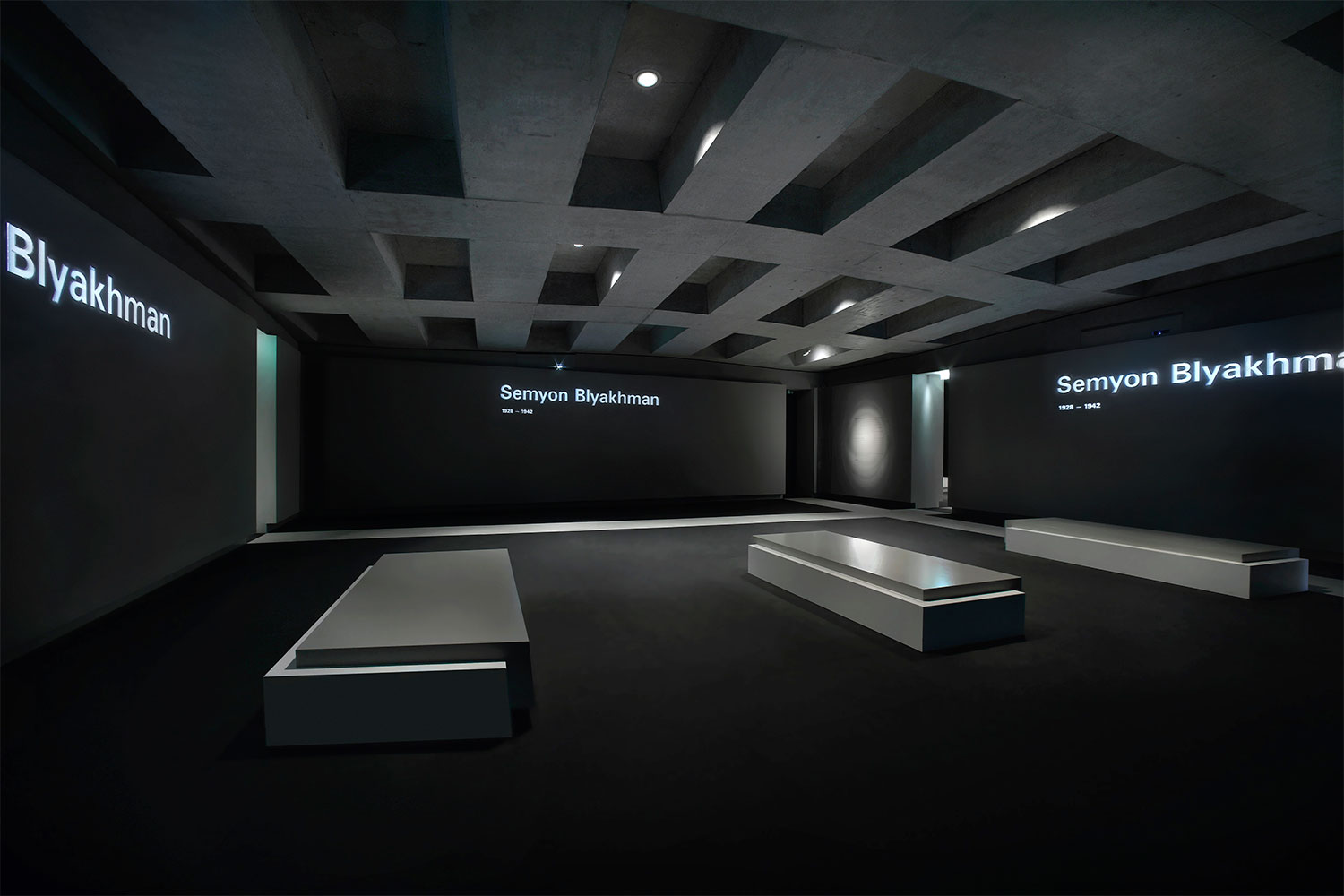 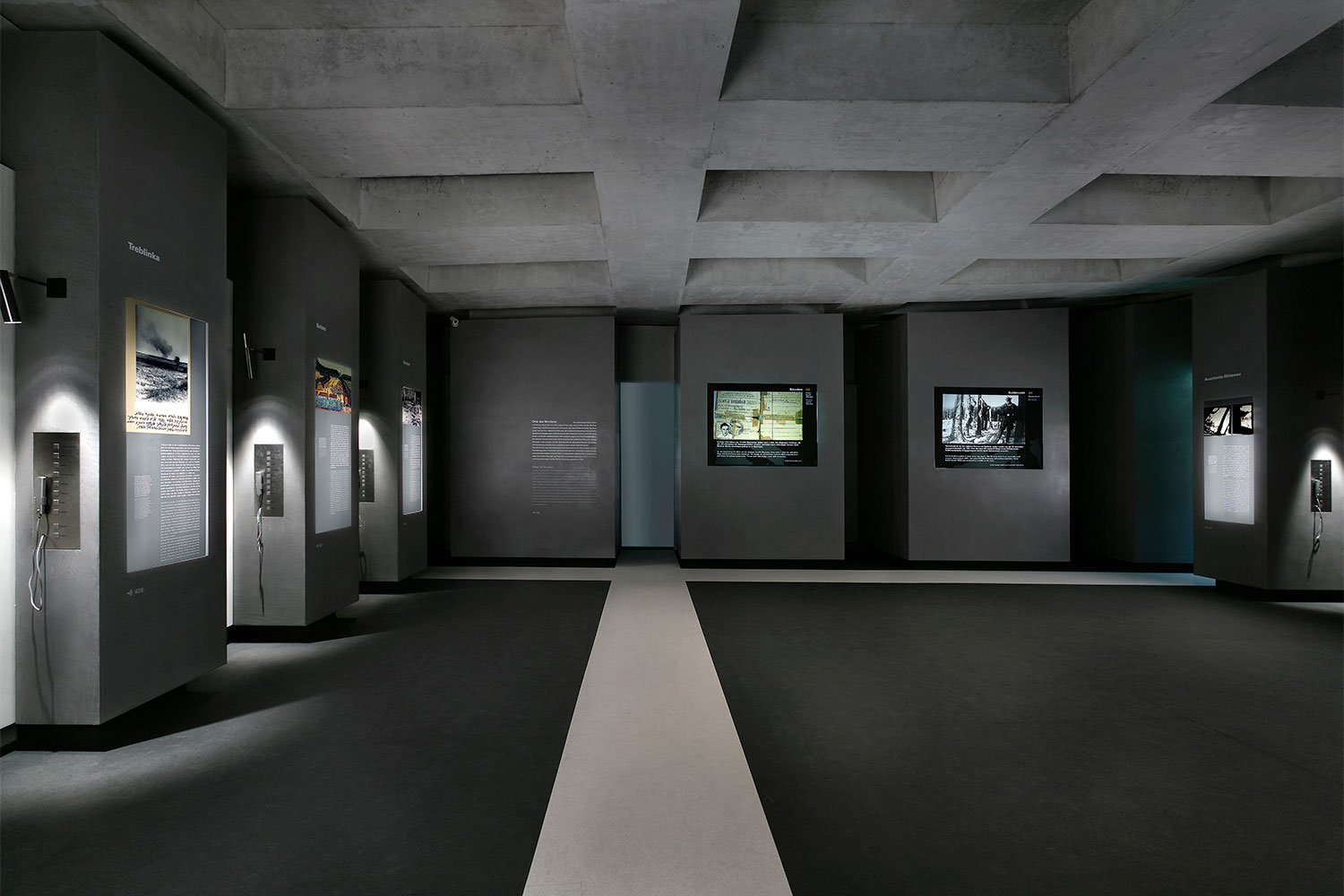 MEMORIAL TO THE MURDERED JEWS OF EUROPE

The Memorial to the Murdered Jews of Europe was designed by Peter Eisenman. The Information Center is a subterranean extension to the memorial. The exhibition design creates links the expressive forms of the memorial and with the historical content. The size, the shape, the grid of the field of stelae are continued in the exhibition halls below, where they open up space for the victims to tell their stories and memories.

View into the foyer outlining the historical and political context from 1933 to 1945. The back-lit panel of text and images leads to six portraits of men, women and children who gaze down at the visitors on their way to the first room.

The Room of Dimensions shows the numbers of the murdered Jews from all the European countries involved on a continuous frieze running along the walls. Illuminated glass plates in the floor are arranged in the grid of the field of stelae above, and present personal quotations of the victims.

In the second room, the concrete stelae seem to extend down through the ceiling into the room, where they tell the fates of families before, during, and after the Holocaust.

In the Room of Names, the individual victims are lifted out of anonymity by voices reading out their names with biographical sketches. Each name read is projected onto the four walls of the room.

The last of the four rooms deals with the organized murder. Stelae which seem to protrude from the walls into the space display information in films and photos. Four video loops expose the enormous number of murder sites and the simultaneity of the crimes. At audio stations in the niches between the stelae, visitors can listen to eyewitness accoounts of the mass murder.

The Central Database of Holocaust Victims’ Names in the Exit Foyer

The Yad Vashem Memorial in Jerusalem has been collecting Holocaust victims’ names since 1955. Of the six million dead, only three million are known by name. The terminals here permit searches of the Yad Vashem database.

Memorials Database in the Exit Foyer

Memorials now stand at many of the original murder sites. Several terminals offer information about these memorials.

Client:
Memorial to the Murdered Jews of Europe Foundation